Are you thinking of getting a videographer to document your wedding? Are you on the fence about whether or not it’s the right thing?

In the right hands a film is the perfect way to relive everything that happened on your wedding day from start to finish. We’ve spoken to many couples and have found that there are quite a few myths that still surround wedding videography.

That’s why we’ve talked to one of the best videographers in the business, Geoff Schatzel, from Motion Art, to set the story straight.

1.  Wedding videos are boring and I’ll only watch it once.

“Old-fashioned wedding videos are mainly comprised of music and video.  Modern wedding cinematography incorporates the vows, speeches and other sounds captured throughout the day in order to tell a story.  This has turned wedding videos into a much more captivating experience not only for the couple and their families, but complete strangers as well.  Many brides who email us for the first time comment on how they don’t even know the couple in the video but still have an emotional attachment to it.”

2.  Wedding Videos are just a recording of what happened on the day unlike photography which is a more artistic art-form.

“Photography and Videography are completely different mediums and the two really can’t be compared. How artistic each one can be is really dependent on who is holding the camera.  In the right hands wedding videos can be an extremely artistic.”

“In my opinion saying a modern wedding film is just a recording of what happened on the day is the same as calling a rib eye fillet prepared by a chef just a slab of cooked meat.  There are so many aspects to producing a great wedding film and go beyond simply what is recorded the day of the event.”

“Of course a film allows those who view it the ability to relive the day and through an observer’s point of view.  Having a photograph of the father of the bride making a heartfelt speech to his daughter can only tell so much.  A traditional video would only document that speech while a modern wedding cinematographer would not only capture the speech, but also the bride’s reaction and even her mother’s reaction as well.  Those extra steps tell much more of a story and allow the whole family to experience those same emotions and feelings all over again.”

“A longer wedding video, or documentary film as we refer to them, are mainly for viewing by the couple and their direct family.  They are the ones who will want to see the entire event from start to finish and listen to every spoken word.”

“Condensed versions are popular for a variety of reasons.  We offer a one song highlight, for example, that sums up the entire wedding day into a mini story.  This can easily be shared over social media where friends of the bride and groom can watch it at their leisure.”

4.  Videographers always use huge cameras that are far too obvious and intrusive.

“This is another myth that still seems to linger.  Currently we use professional DSLR video cameras that are light weight and small.  We typically get mistaken as the photographers at a wedding since it’s the same type of camera they utilize.  Even with three or more cameras at wedding we still go unnoticed.”

“This has never really been the case. We normally only have two cinematographers at a given wedding and we find that’s more than adequate to capture what we need.  Of course the bride and groom can request to have more of our staff present which can add greatly to a film, but we usually only see this for large events with over 200 guests.”

“From the research I’ve done I’ve found that one of the top five regrets of brides is not having a professional video. I’ve heard many of my own clients tell me how they have a friend or even a sibling who didn’t have a wedding video and looking back can’t remember what happened over long stretches of the day. Emotions run high especially during the ceremony which makes thinking back on it seem like a blur.”

“Ironically, I have one photographer friend who was married recently and didn’t get a video.  His father, who is quite shy, made a surprising and unexpected speech to him at the reception.  From what he told me there wasn’t a dry eye in the room, but no one was recording it.  He told me he can barely remember what his father said and it bothers him.”

7.  Videographers always use big annoying lights on top of their cameras.

“This is quite old school.  We haven’t used a light on a camera in over seven years.”

“In my opinion part of being a professional is being able to work with others while doing your job effectively.  We shoot alongside a photographer at every, single wedding so we are used to working around them and with them.”

9.  Having a video is something you can decide about at the last minute if you have left-over budget.

“It still amazes me how many ‘last minute’ emails I get from couples looking for a cinematographer for their wedding.  I’ve literally had phone calls the morning of the big day. Like any other professional you decide to hire you will have the best selection the sooner you book.”

“We are one of the only studios in Queensland that offer our couples the ability to pay the bulk of their balance after the wedding day and at no additional cost.  So if we do get a last minute enquiry from a couple who have already gone over budget this allows them to still have an awesome film for their wedding day without the added stress of finding the funds straight away. It also enables them to get exactly what they want.”

10.  Your Wedding Film will be ready at roughly the same time as the photos.

“Starting in 2015 we now have a two month turnaround time for our clients.”

“There are only a few events in your life where your entire family and many of your closest friends will gather to celebrate. A wedding is also one of the few times where parents (and grandparents) will make a speech about their son or daughter.”

“My family made the trip all the way from New York to be at my wedding and my brother made the most incredible speech. So did my wife. I had forgotten the essence of both of those moments until I saw them come alive again on our wedding film.  I not only felt as if I was there again, but I was able to take it all in without the emotional “fog” you experience when hearing it for the first time at the reception. It’s hard to put a price on that.”

“Of course it’s also hard to put a price on skill, quality and experience which vary from studio to studio.  I think for many couples it comes down to peace of mind. Knowing the video professional they hire is going produce a film that will not only exceed their expectations, but trusting that they will capture all of the essential moments perfectly.”

To see some of Motion Art’s amazing work, be sure to check out their website and blog. 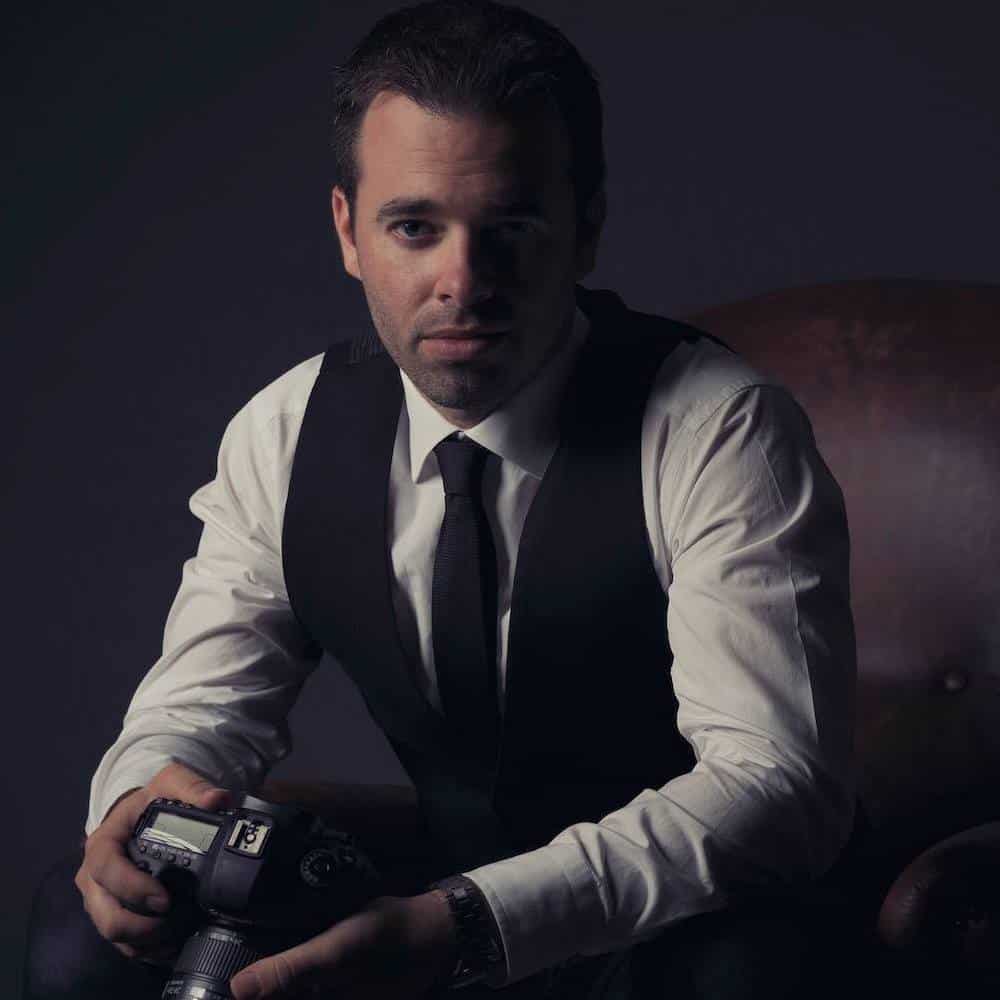 Originally from New York, Geoff Schatzel is an award winning videographer and has personally filmed over
400 weddings. He is one of the most sought after
wedding filmmakers in Queensland and is the creator
of Motion Art Cinematography based on the Gold Coast.
His portfolio includes both interstate and international events with destination weddings including New
Zealand, Italy and Fiji in 2015.